"I'm definitely the guy that people assume is constantly bouncing off the walls. It's true that's me a lot of the time - I am definitely energetic. I love to 'be goofy and have a good time, but I also have a serious and more sensitive side that I don't always get to show onstage. A good friend once came to the studio while we were recording who seemed genuinely perplexed by my quiet demeanor. She said she expected me to be a lot livelier than I was and kept asking if something was wrong. I found myself explaining to her that I wasn't always the crazy guy she sees. Okay, ninety percent of the time I am, but for whatever reason, that other ten percent is a shocker! My brothers often tell me that I have the biggest heart in the world. That makes me feel really good because I genuinely care about my family, friends and loved ones. I also care about the fans who come to see us. I want to make sure they have a good time, and I'm willing to do whatever it takes to make their experience unforgettable."

Joseph Adam Jonas (born August 15, 1989)[1] is an American singer, songwriter, and actor. He rose to fame as a member of the pop rock band the Jonas Brothers, alongside his brothers Kevin and Nick. The group released their debut studio album It's About Time through the Columbia label in 2006, which failed to achieve commercial success. After signing with Hollywood Records, the group released their self-titled second studio album in 2007, which became their breakthrough record. The band became prominent figures on the Disney Channel during this time, gaining a large following through the network: they appeared in the widely successful musical television film Camp Rock (2008) and its sequel Camp Rock 2: The Final Jam (2010) as well as two of their own series, Jonas Brothers: Living the Dream (2008–2010) and Jonas (2009–2010). 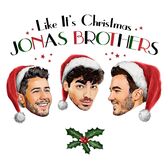 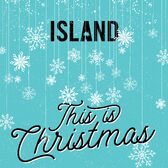 On August 17, 2007, Joe, along with his brothers, guest-starred in an episode of Hannah Montana. The episode debuted alongside High School Musical 2 and a sneak peek of the new Disney Channel show Phineas and Ferb. The episode broke basic cable records with a record 10.7 million viewers and became basic cable's most-watched series telecast ever.

Joe and his brothers filmed a Disney Channel Original Movie called Camp Rock where they play a band called "Connect Three." Joe plays the lead male role and lead singer "Shane Gray"; Nick plays the role of "Nate", a guitarist; and Kevin plays the role of "Jason", also a guitarist. The film's soundtrack was released on June 17, 2008.

The Disney Channel reality short series, Jonas Brothers: Living the Dream, premiered on Disney Channel on May 16, 2008. The show, which will tentatively run until September 5, 2008, documents the brothers' lives on the Look Me In The Eyes Tour, the name was inspired by the band's hit song "When You Look Me in the Eyes".

Joe, along with his three brothers, also starred in their own Disney Channel Original Series, called JONAS. In the series, the Jonas Brothers portray a pop band attempting to live a normal life. The first season premiered on May 2, 2009. Filming for the second season began in February 2010.

Jonas guest judged on an episode of American Idol during the auditions in Dallas. In February 2010, Jonas made a cameo appearance in Vampire Weekend's music video for "Giving Up the Gun" along with Jake Gyllenhaal, Lil Jon, and RZA.

Jonas guest starred in 2010 on TV Land’s Hot In Cleveland series, which co-stars Betty White. Jonas appeared in an August episode as 'Will', Valerie Bertinelli's character's son, in an episode. In the episode, Will Moretti comes to Cleveland to visit his mother Melanie. The episode aired August 11 and was taped in front of a live studio audience on July 17. He reprised his role on the show on January 25, 2012.

Starting on August 19, 2012, the eldest Jonas brother, Kevin, will appear in an E! reality series alongside his wife Danielle and brothers Nick and Joe. Produced by Ryan Seacrest, "Married to Jonas" will document the young couple's domestic life as well as the brothers' recording efforts as they prepare to release their newest group album.

Joe has been romantically linked to a handful of celebrities. In 2006, Jonas dated AJ Michalka of pop duo 78Violet (formerly Aly & AJ). In 2008, he was rumored to be dating country music star, Taylor Swift. The rumor was confirmed to be true, but 3 months after their relationship began, a source claimed that it had ended. Swift claimed that Joe had broken up with her, over the phone, in a "27-second call". Joe denied the claims.

Swift wrote the song Forever & Always about Jonas. Jonas, in turn, wrote Much Better about Swift. A month after the drama with Swift, there was talk that Joe had moved on and was now dating Camilla Belle, star of the Jonas Brothers' Lovebugmusic video. Although Jonas and Belle weren't seen in public, insiders claimed that the couple is "very private about [their relationship]. [Camilla's] a really good girl and it seems they share a lot of the same characteristics and morals.” Sometime in the middle of July 2009, Joe and Camilla were reportedly over, as Camilla was seen getting cozy with tennis star Fernando Verdasco.

In a radio interview in March 2010, the Jonas Brothers' close friend, Demi Lovato, revealed that she was dating Joe Jonas. However, two months after the two had admitted to being in a relationship, Joe announced that they had broken up. Jonas was in a relationship with actress Ashley Greene. In March 2011 it was announced the couple had split.

Joe was formerly in a relationship with Swiss fashion designer, Blanda Eggenschwiler.

In Early 2008, tabloids reported that Joe had to be rushed to the Emergency Room. These rumors were confirmed, and a source claimed that he was horsing around while filming one of the Jonas Brothers' Youtube videos, and ran into a wall. He received stitches and was released from the hospital that same night.

In late 2016, Joe began dating Game of Thrones actress, Sophie Turner after meeting through mutual friends. Less then a year later, Joe popped the question in October 2017. The wedding will take place during the summer, 2019.

In early 2005, Columbia Records' new president, Steve Greenberg, listened to Nick's record. While Greenberg did not like the album, he did like Nick's voice.  After hearing the song, "Please Be Mine", written and performed by all the brothers, Daylight/Columbia Records decided to sign the three as a group activity. After being signed to Columbia, the brothers considered naming their group "Sons of Jonas" before settling on the name "Jonas Brothers".

The Jonas Brothers' third studio album, A Little Bit Longer, was released in the United States on August 12, 2008, and peaked at #1 on the Billboard 200.

On June 16, 2009, The Jonas Brothers' fourth studio album, and third release under Hollywood Records entitled Lines, Vines, and Trying Times was released. The album peaked at number 1 on the Billboard 200 with 247,000 copies sold.

It was announced on May 2, 2012, that the Jonas Brothers part ways with their record label Hollywood Records; they bought the rights of their music.

In late February 2019, the Jonas Brothers announced their reunion, and released their first new song, "Sucker".

After months of speculation, it was revealed on May 19, 2010, that Joe Jonas planned on releasing a solo album. This would be Jonas' first album separate from the Jonas Brothers. About the album, Jonas says exclusively to JustJared.com, "Yeah, there’s nothing to hide... We’re just waiting for the right timing. There’s a lot of Jonas stuff going on this year, so once there’s a place for that record, we’ll release it."

Jonas talked about his experience working with producer Frankmusik, "Frank is really cool and talented... We met a couple of months ago and when we first met, it didn’t go as planned. We weren’t sure if we were gonna work together. His background is very electropop, dance music but now, that’s pretty much the direction."

In an interview, Joe said: "I've been writing and recording a lot of music on my own, so we'll see where it goes. I'm looking forward to the future."

On May 16, 2011, Jonas announced the first single from his solo album would be called "See No More" and would be released on June 3. Joe premiered his first solo song "See No More" to the entire world on Friday, June 3, 2011, on the top 40 radio station, B96 in Chicago. While guest-hosting the American Top 40, Jonas premiered a snippet of his second single called "Just in Love" from his upcoming album Fast Life. On August 4, 2011, Jonas announced via Twitter that he will join Britney Spears on her European tour starting October 16, 2011. On September 9, 2011, his second single "Just in Love" premiered on RyanSeacrest.com. The music video for the song that was shot in Paris, premiered on E! Online on September 12, 2011. In support of the album, Joe co-headlined with Jay Sean in the Joe Jonas & Jay Sean Tour with JoJo as the opening act. The tour kicked off on September 9, 2011, and went on until October 6, 2011. Fastlife released on October 11, 2011, and debuted on Billboard 200 charts at No. 15 off 18,000 sales start.

Retrieved from "https://jonasbrothers.fandom.com/wiki/Joe_Jonas?oldid=4769"
Community content is available under CC-BY-SA unless otherwise noted.